Declined an Academic grant from the renowned Academy of Belles Arts in Paris for family reasons. He obtained an art scholarship from the Grenada Rodriquez Acosta Foundation and pursued a Master of Arts degree from the distinguished academy of Fine Arts of San Fernando in Madrid, whilst supporting his siblings with part of his grant.

Leading up to 1970 he participated in fourteen collective expositions from the Canary Islands to Granada, Madrid, Egypt and Paris where he started to get his first international praise winning several prices for his visual art.
BIRTH OF HIS OWN STYLE – RHYTHM OF THE ANATOMY OVER FORM (1971- 1980)

Creating an optical illusion much more attractive to the spectator. Almost solely guided by rhythm, form and mass leading to a very schematic display of his characters. Introduction of his renowned excessively large feet and hands and the total omission of his characters´ faces.

utual inspiration came from and by these words of the Spanish poet Rafael Fuentes in 1979.

Freely translated ´´My verse understood that your figures do not want to show their faces, for as they are the most evil part of us; where as its enormous feet and hands are merely roots that maintain their dynamic and transient postures, they are states of mind that engender these very same postures in our soul ´´ 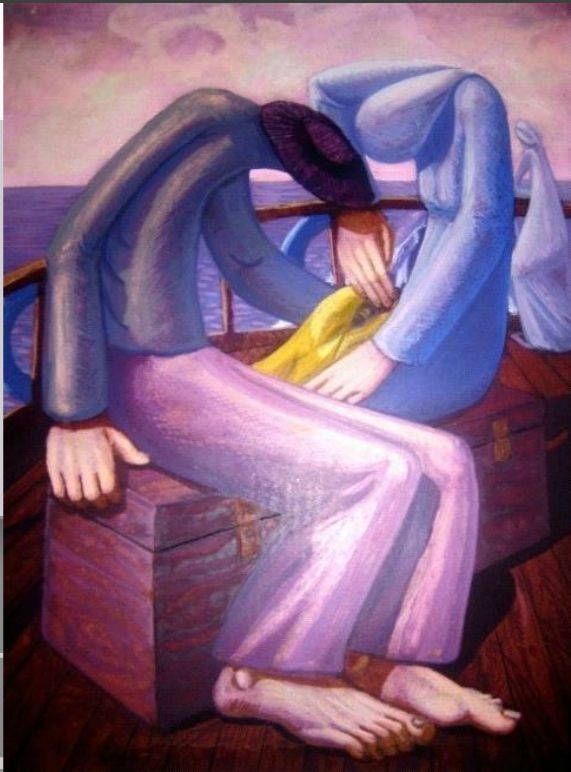 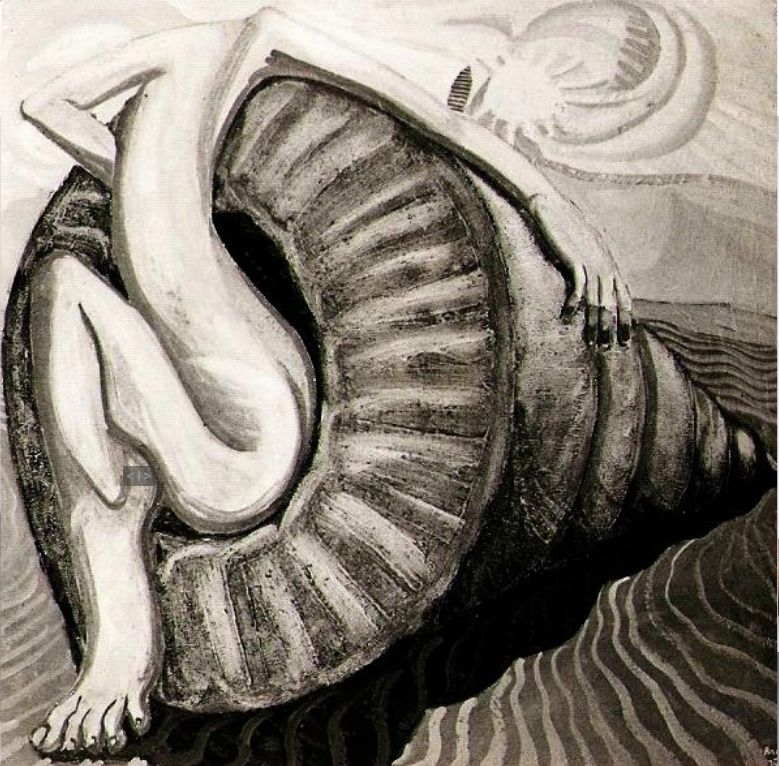 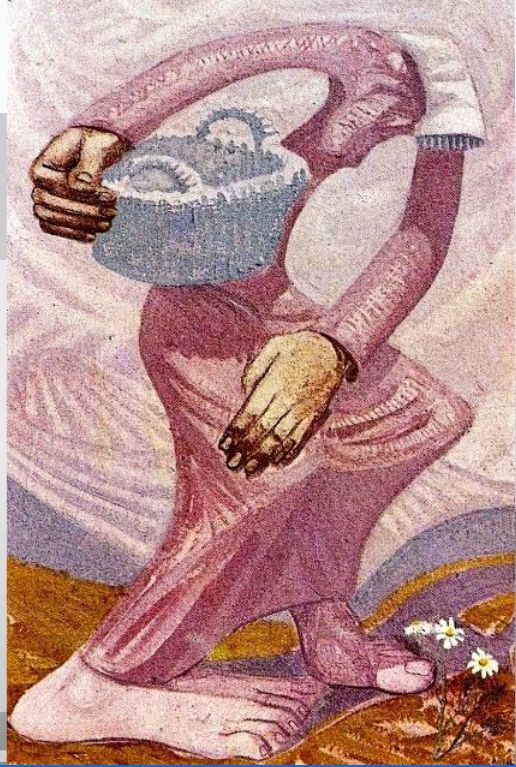 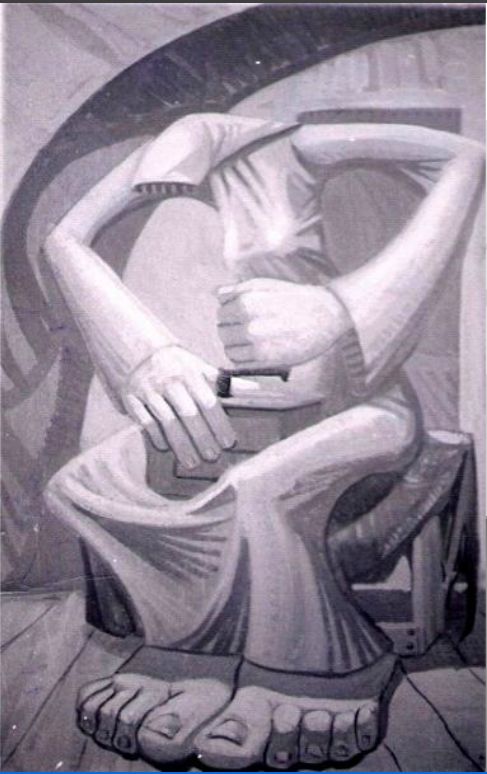 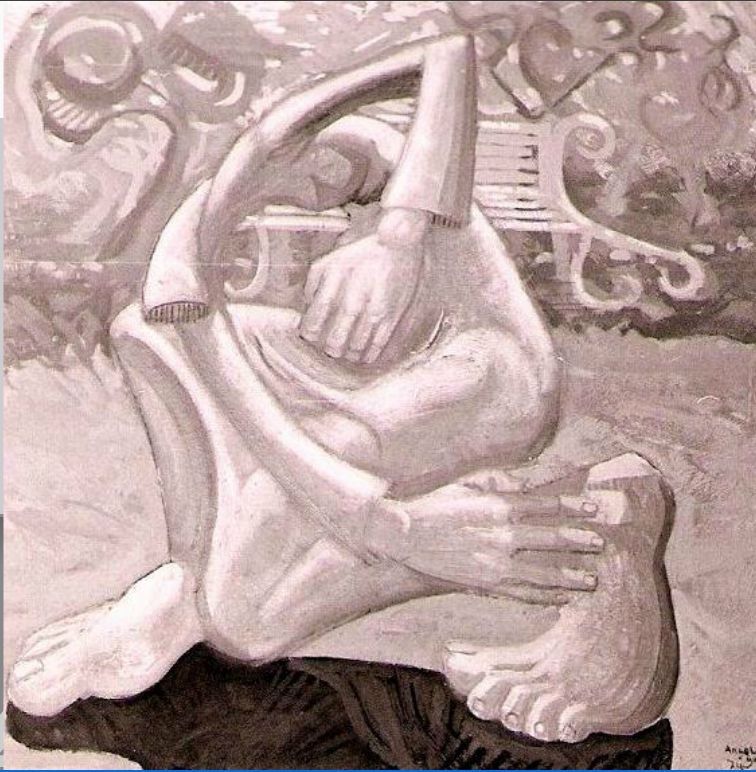 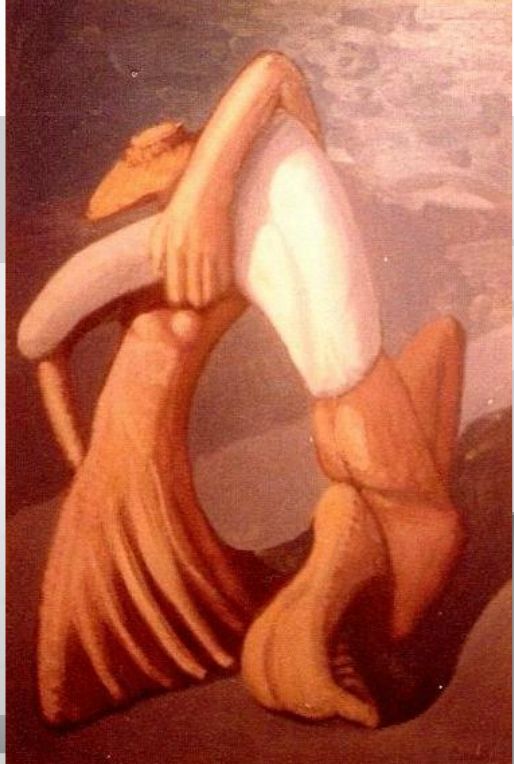 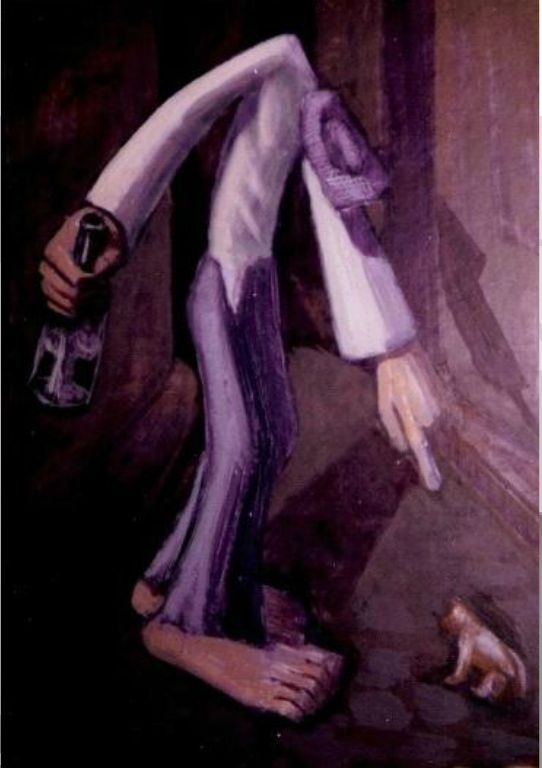 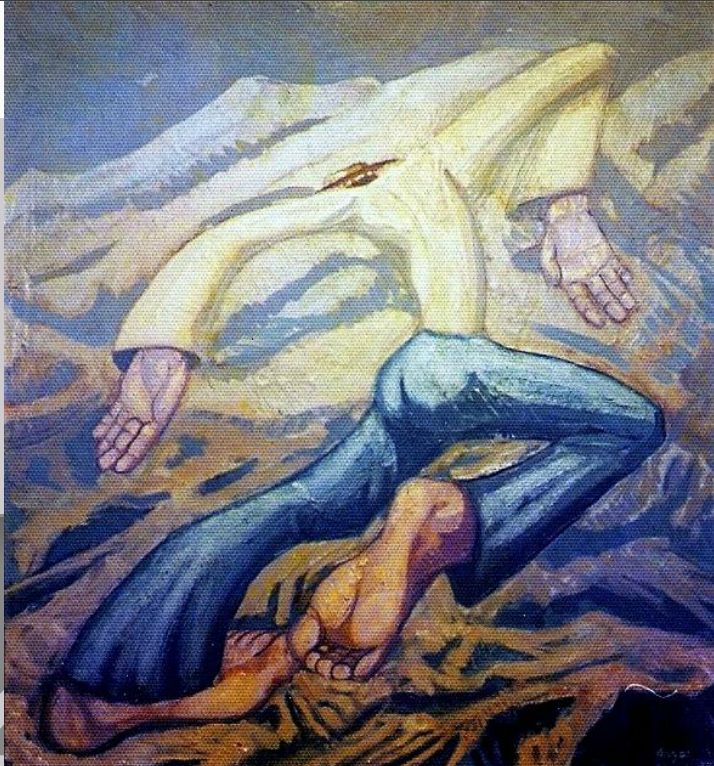 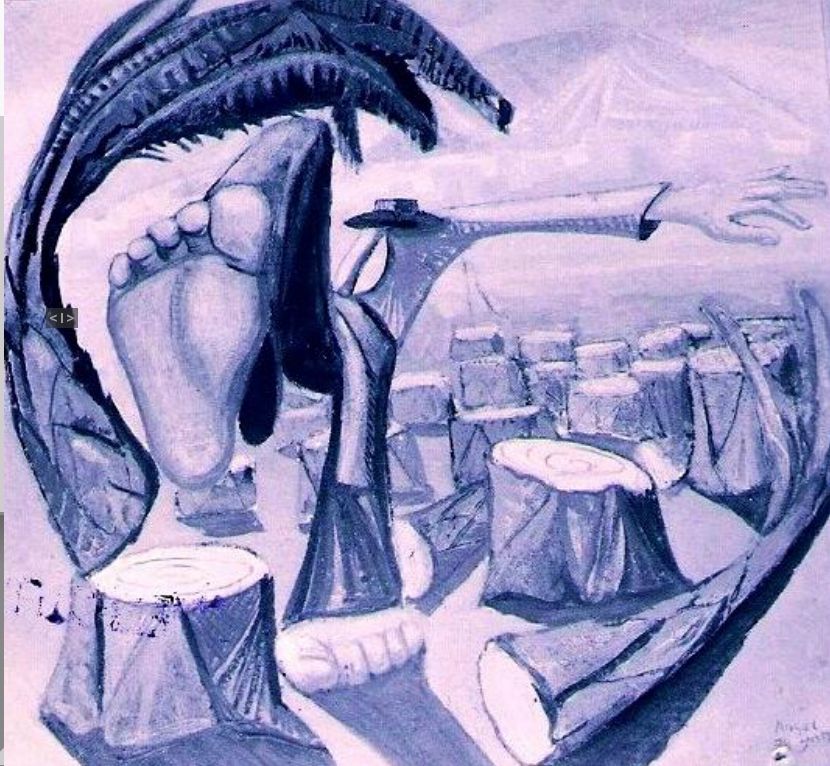